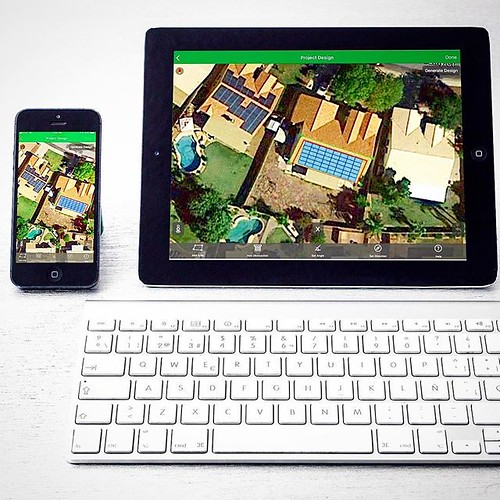 Solar power technologies, the harnessing of the renewable energy of the sun for our electrical power, include the use of either photovoltaics or implementation of passive solar heating. Lets take a look at each.

Photovoltaics PV for solar power are solar cells whose purpose is to convert the light from the sun directly into electricity. These Photovoltaic cells are made of materials that have semi conductive properties. In their simplest forms these solar power cells energize calculators and watches. The more complex photovoltaics can provide the lighting for entire homes and provide solar power to the local electric grid for a large portion of the local community.

Photovoltaics works at any time that the sun shines, although you’ll get more solar power when it is a bright sunny day and when the rays of the sun are shining perpendicularly on the solar power panels. Unlike a solar power system that is used to heat water, the technology of Photovoltaics doesn’t use the rays of the sun to make the electricity. What it does instead is produce the electricity right from the electrons that are freed by the sunlights interaction with the PV cells semi conductive materials.

Its not necessary for you to be a whiz at physics, however, for you to implement this solar power and take advantage of all its benefits. Investing in PV gives you the chance to produce your own power noiselessly, pollution-free and without any moving parts to worry about. Solar power is a renewable energy resource that is entirely clean. Not only that, your solar power system wont run out of fuel unless we run out of sun in which case youd run out of life as would everyone and everything else on the planet.

Solar power will also help the United States or whichever country you are in reduce its dependence on foreign countries for its energy supplies. Many manufacturers of solar power panels and other products might be right in your home town, or at least a nearby community. You can generally support local firms for the batteries, glass and other parts that make up your photovoltaic solar power supply.

With these simple passive processes and implementations residences can realize a reduction of up to half of their home heating bill. Natural ventilation to cool that home is also part of passive solar power as well.

The basic and most important premise of new home solar power implementation is that the longest wall of your newly constructed home should be built to face true south within 15 degrees. This will provide the most gain in winter solar heating power and the best advantage for summer solar power cooling.